Jakarta is the capital and largest city of Indonesia. It is the centre of economy, finance, culture and Indonesian politics. Jakarta is the world’s second most populous urban area. Jakarta is a huge, sprawling metropolis, home to over 10 million people. With rapid urbanization and growth, gridlocked traffic and congestion are now part and parcel of every day life. Sadly, it is also one of the fastest-sinking cities in the world 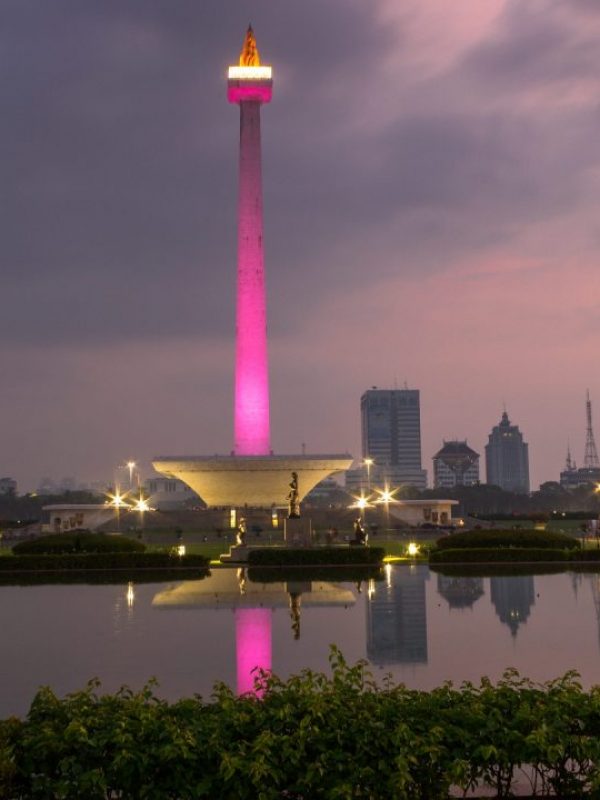 Merdeka Square is considered one of the largest squares in the world. It is five times the size of Tiananmen Square in China and 12 times the size of Place de la Concorde in France. At the centre of Merdeka Square is the National Monument of the Republic of Indonesia. The 132 metre tower was built to commemorate the struggle of Indonesian independence movement from the Dutch East Indies during the colonial rule.

The Merdeka Square is a popular destination among locals and tourist. The surrounding consist of many important government buildings such as the Merdeka Palace, the National Museum, the National Library, Jakarta City Hall, Istiqlal Mosque and the Supreme Court.

The Metropolitan City. The climate of Indonesia is almost entirely tropical. Average year-round temperature of 86°F (30°C). Public transportation in Indonesia is hard to come by. Arrange a city tour or airport transfer at your convenience and have fun with Jakarta tourism 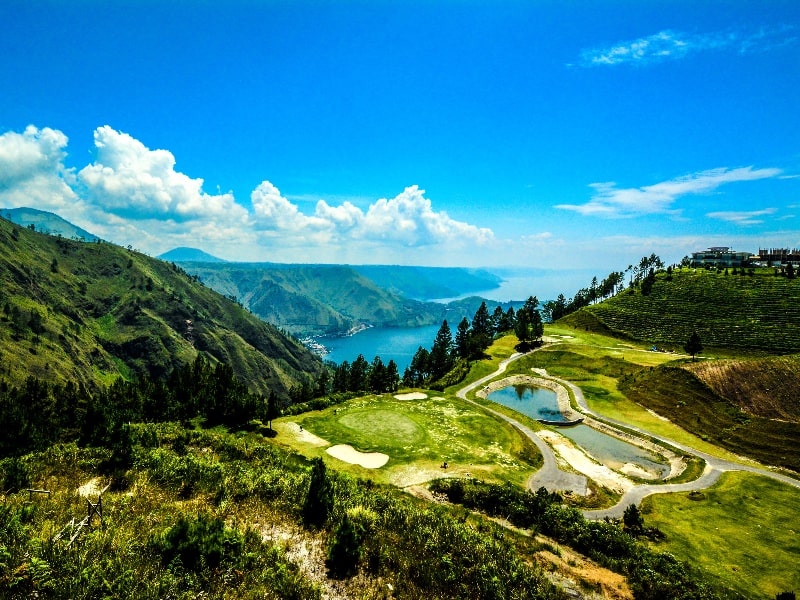 Tanjung Lesung Beach in Banten, West Java. Only 3-4 hour drive from Jakarta city. A beach resort with plenty of sea views. This place is a paradise heaven for white sandy beach lovers. Best resorts to include in your Indonesia honeymoon itinerary

North Sumatra is one of the top 10 most visited province in Indonesia. Lake Toba, the hilly and mountainous area has one of the largest volcanic lake in the world. A natural wonder full of volcanoes and waterfalls. Medan, the capital city of North Sumatra focus mainly on historical tourism

Lombok, aprovince in West Nusa Tenggara. Plans have been detailed for hotel, villa and a high end resort projects. An alternative to its neighboring island, Bali. Resorts in Mandalika is expecting 2,000 hotel rooms and attract up to 2 million foreign visitors annually

Borobudur has the world’s largest Buddhist temple. A great archaeological site in Southeast Asia. Because of its natural beauty and historical past, it has become a popular tourist destination. Only an hour drive from Yogyakarta city

Officially know as Kepulauan Seribu. Near to Jakarta province to the north of Jakarta’s coast. Consist of a chain of only 342 islands. A popular weekend getaway for Indonesian locals.

Wakatobi National Park, a popular and beautiful diving attraction with rich bio-diverse underwater life. One of the largest marine park in Indonesia. Wakatobi has the highest number of barrier reef and fish species in the world, second only to The Great Barrier Reef in Australia. Highly recommended for diving and snorkeling enthusiasts